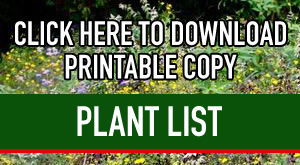 Ringed by rapidly developing subdivisions, shopping districts, and networks of roads, Cullinan Park is a green oasis blessed with a rich diversity of habitat, vegetation, and wildlife.

Interwoven with grasslands like those found in the Katy Prairie to the north, and with woods similar to those in the Columbia bottomlands to the south, the Park hosts a broad variety of groundcover, understory, and canopy plants, visited throughout the year by a wide gamut of birds, insects, mammals, and reptiles. Please come to the Park to see its two large lakes, White and Pumpkin Lake, dotted with Southern Cattail, Lotus, Rush, and Pickerelweed.

Make sure to visit its shady forests, marked by Pecan, Sycamore, Shagbark Hickory, and Bur, Water, and Shumard Oaks.  We hope you will have time to spot a Great Blue Heron soaring along Oyster Creek or Red Gully or to stroll through its meadows and marshes of Bush Bluestem, Wildrye, Cherokee Sedge, Emory Sedge, Beebalm, Blackberry, and Buttercup.  And, while at the Park, we hope you see the Whistling Ducks, Little Blue Herons, White Ibis, Tricolored Heron, and our Park mascot, the Anhinga! In fact, take a moment now to download this Bird Checklist for the Park, to see what you can find! But, remember, always watch out for the alligators, usually sleepy but always exciting!

While Cullinan Park is blessed with a wide variety of native plants, animals, and other wildlife, it is important to remember that the Park is also now the host to a number of exotic, and some quite invasive, species.  The Park, and the Texas coastal prairie in general, have seen inroads made by populations of such non-natives as Chinese tallow tree (triadica sebifera), Deep-rooted sedge (Cyperus entrerianus), Chinaberry tree (Melia azedarach), Japanese honeysuckle (Lonicera japonica), Chinese privet (Ligustrum sinense), and Common water hyacinth (Eichhornia crassipes). 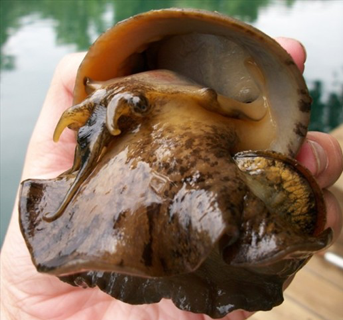 Apple snails (Pomacea maculata) are a newer nuisance species that spread easily and pose minor threats to human health but large threats to aquatic environments such as Cullinan Park.

Learn how to protect against Apple Snails (pictured left) at Cullinan Park.

Innocently introduced from distant locales as agricultural, horticultural or aquarium species, these plants and animals have found favorable soils and climates in Texas, with few natural predators.  In many cases, their populations have skyrocketed, overwhelming the native ecosystems.  So, please be wary of buying, sharing, or spreading these species.  Even better, please look into joining efforts through TexasInvasives.org, and other groups, to monitor and remove these plants and creatures.